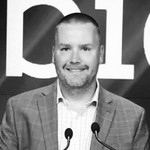 Paul Roberts has served as Chief Strategy Officer, President and Chairman since May 2019, prior to which he acted as our Chief Executive Officer and Chairman since May 2017, overseeing the development and commercialization of our Company. Prior to holding that position, Mr. Roberts was the Chief Executive Officer of CenterPoint Media LLC from August 2012 to February 2018, an online marketing company that helped brands engage with their customers over live-style blogs. Mr. Roberts has over 15 years of experience in digital media, holding positions at Locial Media, TanzAct Media, Yahoo!, Hotjobs and Attain Media. Mr. Roberts is experienced in building and growing companies in the technology industry, with particular expertise in sales, marketing strategy, brand development and customer engagement. Mr. Roberts attended Long Island University. 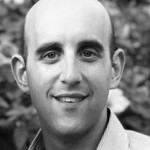 Joshua Weiss has served as our Chief Financial Officer since December 2019. From October 2016 to June 2019, Mr. Weiss was employed as a Vice President, Finance at Cambridge Information Group, a family office specializing in education and education technology. From October 2011 to October 2016, Mr. Weiss held various positions at an international accounting firm, including Senior Audit Manager, specializing in the firm’s SEC and Transaction Advisory groups. From August 2005 to October 2011, Mr. Weiss held various positions at a different international accounting firm, including Audit Manager, specializing in Real Estate and Hospitality. Mr. Weiss holds a Bachelor of Science degree in Accounting from Yeshiva University and is a licensed Certified Public Accountant in the State of New York. 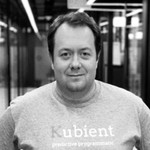 Pavel Medvedev has served as our Chief Technology Officer since April 2018 and has lived and worked at the intersection of media, advertising and technology for over two decades. From December 2017 to April 2018, he was employed as a Senior Vice President-Programmatic at DoubleVerify, a digital marketing agency. From January 2017 to September 2017, he was a Programmatic Consultant at LiveIntent, Inc., a digital marketing and advertising agency. From March 2013 to August 2017, he was a Director of Client Solutions for IPONWEB, a British digital advertising software firm. Prior to his career digital advertising, he held positions in e-commerce and software development, including five years as the Chief Technology Officer for Diligent Board Member Services, Inc., a board of director software management developer, where he managed technology teams for Fortune 500 companies. Mr. Medvedev holds a Master of Science from Moscow Institute of Electronics and Mathematics. 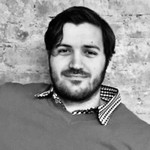 Christopher Francia has served as our Chief Product Officer since May 2017 and has been involved in the digital media space for close to a decade. From September 2015 to June 2017, Mr. Francia was a Media Director at CenterPoint Media LLC. From July 2013 to September 2015, he was Director of Development at Secco Squared, a marketing and advertising firm. From September 2012 to June 2013, he was a Production Coordinator at HooplaHa.com, a marketing and advertising firm. Mr. Francia is also a full stack developer specializing in PHP and Go. His extensive knowledge of programming and architecture theory make him a strong asset in the digital product space. Mr. Francia holds a Bachelor of Arts in New (Digital) Media Arts from Brigham Young University.

Adams brings a wealth of knowledge to the role from his over 20 years as a sales and marketing professional at companies including Centro, a digital marketing solution, where he was the head of Client Direct and Publisher Solutions in the East region.